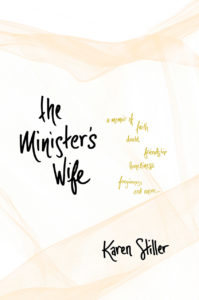 Today I hauled out of hiding my first computer, which was one of the first laptops. It is the Toshiba Satellite T1850C. It weighs pounds. Somewhere around 1995 my father-in-law showed up with it in Meadow Lake, Saskatchewan. It was a gift to his daughter-in-law, who must have complained out loud about his youngest son hogging the desktop computer, which sprawled like a small city on his desk in the office downstairs in the rectory in which we lived.

That was the rectory where I answered the phone one day to hear: “Is this Rectory? Mrs. Anglican Rectory?” Because, of course, that was what was in the phone book in those days for our Centre Street house. Our bungalow was just down the road from the cowboy statue, and a few blocks up from the fairground where the rodeo was held every spring and we sat and played cow patty bingo with our friends visiting from the city. We all loved it.

I wanted to write, I thought maybe I could, and I said that out loud. Someone kind and generous who loved me, heard me and believed me.

Today, I spoke about The Minister’s Wife to a group of my in-law’s friends. At the end I gathered my strength and hoisted up the laptop like a set of weights and showed it to the group. I told them the story. This is because I can draw a straight line in the ground under my feet from that laptop to Toronto to Port Perry to Ottawa to Halifax to my book.

If there’s a writer in your life, you don’t have to buy them a laptop. But try to believe them. It’s the believing that does it.